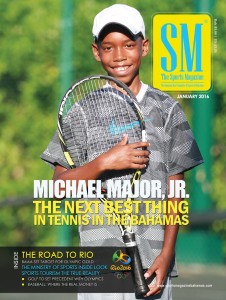 Michael McDermott Major Jr was born on May 6th, 2006 to Michael and Bernadette McPhee Major at the Princess Margaret Hospital in New Providence, Nassau, Bahamas. He has one sister Keniqua Brenea. Michael is a member of St. Joseph’s Parish. His early education started at Cupid’s Preschool located in Big Pond, at the age of 4 he transferred to Saint John’s College. He is now a 5th grader at SJC (Giants) and top of his class with an average of 96.1. He was named top male student in 2013 & 2014 and was awarded many awards including the Principal’s Award which is the highest award. He loves spending time with his family, playing tennis, travelling, reading, mathematics, watching the food channel and National Geographic.

Upon graduating from high school, Michael wants to further his education at a division one university with a great tennis program, and obtain a Master’s Degree in Marine Biology specializing in Sharks. He wants to one day become a professional tennis player like Andy Murray who is his favorite tennis player.

Michael started playing tennis at the age of 31/2 and is a member of the Brajaxba Tennis Club. He is right handed. His coaches are Bradley & Marion Bain, Jaxon Bain & Ricardo Demeritt.

In 2014 Michael Jr., was afforded the opportunity to travel for the first time to compete two major international tournaments against kids from all over the world.

West Palm Beach Florida – December 2014 – Michael Jr. won the 1st place title at the “Lil Mo International Tennis Tournament”. Michael became the first Bahamian to be ranked #1 in an international tennis tournament and won. He presently ranks #1 in the Bahamas in Boys under 10 and ranks 3rd in Boys under 12.

In June 2014 Michael along with member of his Tennis Club attended a 1 week intense training camp in Ashville North Carolina held by Coach John Farrington a former Davis Cup Captain.

In June 2015 he attended another 1 week training camp in Bradenton Florida held by Doru Murariu a Romanian Coach.

In October 2015 Michael will attend a 1 week Training Camp at the Gym Tennis Club with Doru Murariu a Romanian Coach. 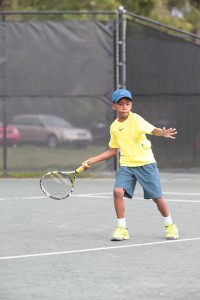